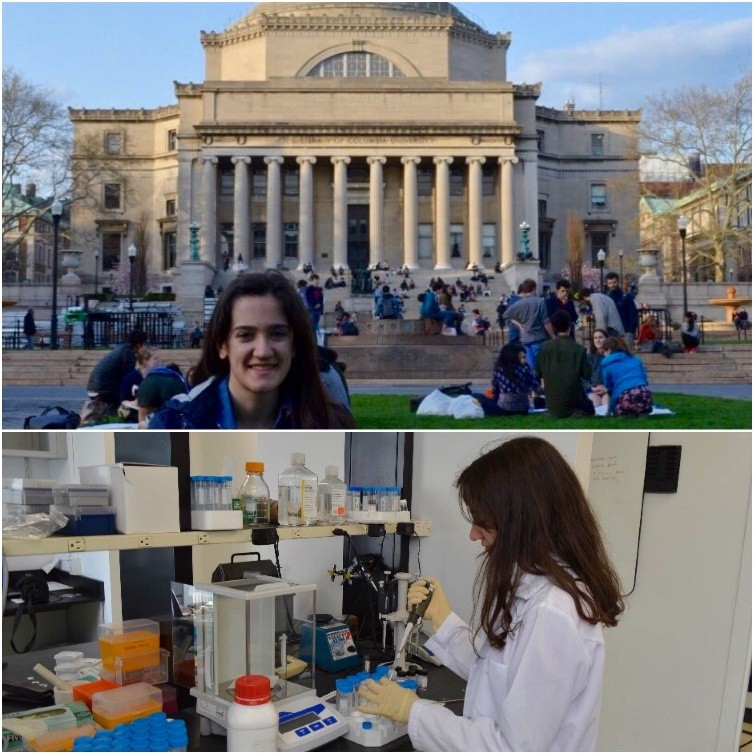 "I had my undergraduate education at TOBB Economics and Technology University, Department of Biomedical Engineering, between the years 2011 and 2016. In that time frame, I had the opportunity to get some general insights into a number of sub-branches of biomedical engineering. Thanks to cooperative education programs, I got the chance to make some observations about the biomedical sector itself. My 2nd cooperative education program was at the Regenerative Engineering Laboratory at the Medical Center of Columbia University in New York. There, I worked with the bioprinter device generating the tissue skeleton required for the cells, while I engaged in experiments on cell culture. These gave me the opportunity to understand what makes a good environment for the cell, as well as how to produce support materials. The cooperative education I had also helped me gain speaking experience with English. I should also mention the opportunity I got to take part in many events taking place all around New York, home to a number of distinct cultures. The Statue of Liberty, the Empire State Building, and Central Bank as well as many museums were among my destinations. The process helped my cultural development. Completing my cooperative education at a university engaged in research on tissue engineering and regenerative medicine, getting a feel of laboratory work, and getting involved in projects carried out by the group were all important experiences for me. These will surely contribute immensely to my future career. After the cooperative education program, I began working on bioinformatics, molecular dynamics, and protein structure estimation through homology modeling at TOBB ETÜ Technology Center Bionanodesign Laboratory. My graduation project was on “Evolution of Influenza Viruses and Modeling of the Development of Resistance to Antiviral Medicine”. 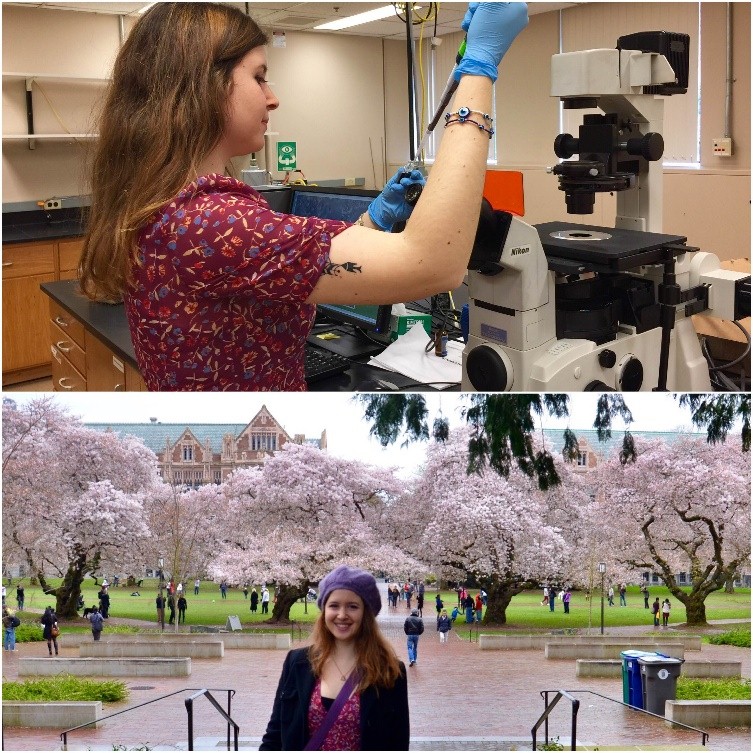 "I was enrolled in TOBB ETÜ’s Biomedical Engineering department in 2011. The knowledge I acquired through my undergraduate studies, coupled with the experience I got in cooperative education programs helped me shape my interests, and develop my command in these fields. I had one of my 3 cooperative educations at Baneyx Lab, the Department of Chemical Engineering, University of Washington at Seattle. There, I worked on a project on homogenizing carbon nanotubes in aqueous solutions, and marking their sides and ends using 2 distinct fluorescent proteins. The work gave me the opportunity to get acquainted with basic techniques of microbiology, protein purification, fluorescent microscopy, and numerous experimental procedures in a very short while. Getting cooperative education at one of the best universities of the US gave me different perspective in both educational and cultural terms. The friendships I built at the laboratory, communicating and engaging socially with students from different ethnic backgrounds helped me increase my foreign language proficiency and gain experience about different cultures. Furthermore, I learned that scientific studies could effectively run parallel to social events. Living in Seattle for a while also gave me the opportunity to visit New York, Los Angeles, San Francisco and Portland after I completed the cooperative education. Hence, I can safely say that I had a very nice and unforgettable experience in both scientific and cultural terms. Currently, I am going through my last cooperative education, working on the project to develop maps of mutations enabling viruses to develop resistance to antiviral medicine, at TOBB ETÜ Technology Center, Bionanodesign Laboratory." 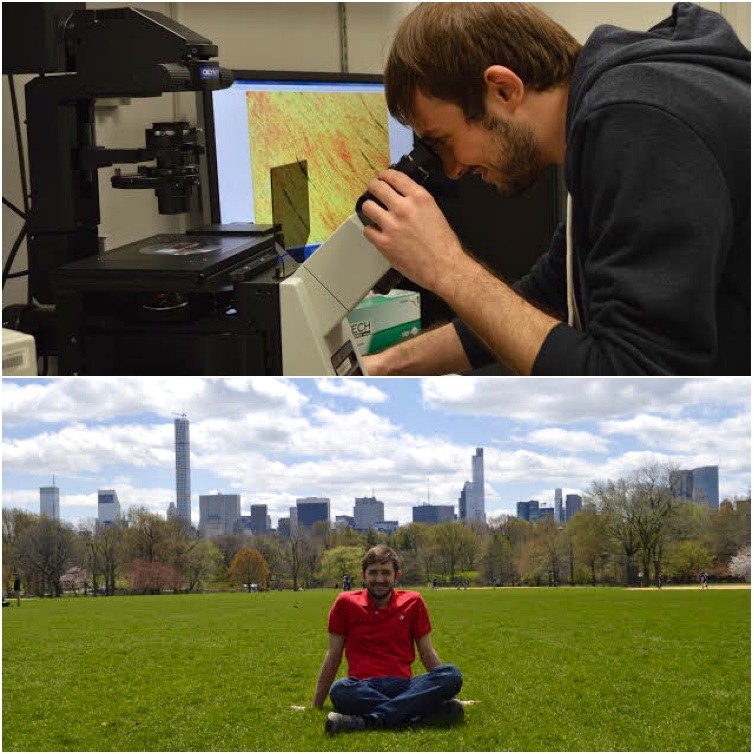 "I started my undergraduate studies in 2011, and completed it in 2016. In that time frame, I had my 2nd cooperative education –one of the defining features on offer at TOBB ETÜ– at Columbia University, one of the leading universities worldwide, in New York, US. There, at the Regenerative Engineering Laboratory at the Medical Center, I worked on tissue engineering, and engaged in numerous piece of research on tissue regeneration. Building on the experience I got at the laboratories at our school, I took part in major experiments on tissue engineering, including cell cultures and controlled drug release. Furthermore, I worked directly with a 3D bio-printer, which recently began to play a major role in tissue scaffolding production, and gained new and most valuable insights into tissue scaffolding design and production. Our submission for a presentation in an international seminar, about a project on meniscus regeneration on which we worked as a group for 3.5 months, was accepted. In addition to important gains on the academic front, getting more than a glimpse of New York, virtually the cultural capital of the world, as well as Washington DC, Philadelphia, Boston, and Columbus, attending many social events, and getting new friends helped me expand my perspective and reinforce my cultural background. On my return, I continued my work at TOBB ETÜ Technology Center, Bionanodesign Laboratory where I previously had worked on a number of projects, and successfully completed my graduation project titled “Computer Modeling of Controlled Drug Release”. 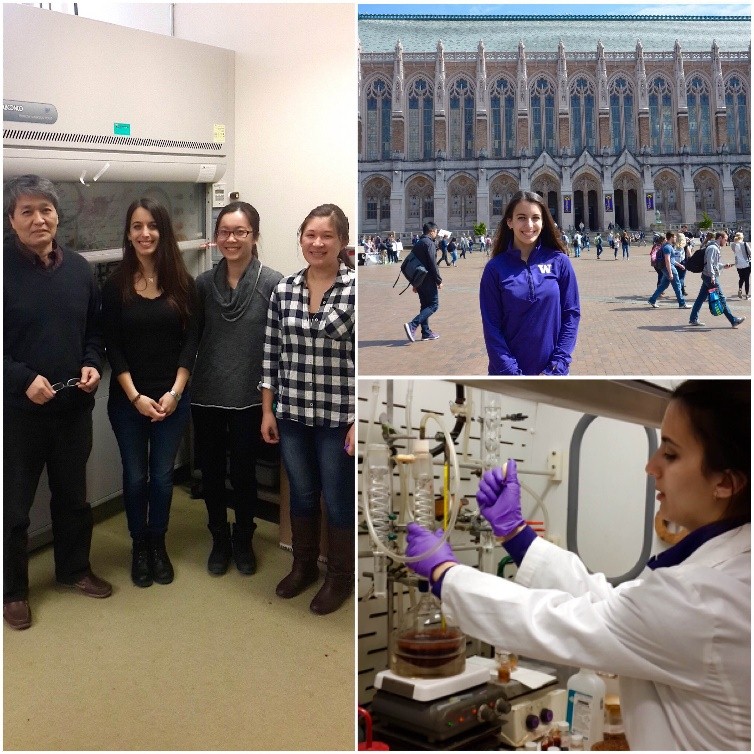 "I got my second cooperative education with Jen’s Research Group, a large research group at the University of Washington, Seattle. I worked on a non-invasive diagnosis for composites damaged under stress, using a fluorescent sensor. Within the framework of the project, I learned about the methods used for material characterization, as well as the procedures involved, through active experiments in the laboratory. I also made some inroads into the literature about the use of fluorescents for imaging, one of the sub-domains of Biomedical Engineering. During my tenure at Seattle, I not only attended scientific seminars, but also had my share of cultural activities, getting to know other students there. Thus, I gained friends from and learned about different cultures. Moreover, I realized my dream of having a tour of the US, visiting a number of cities. Currently I am getting my last cooperative education at Penta Tıbbi Cihazlar A.Ş. in Ankara. There, I learn about devices used in interventional radiology, get the chance to observe the operations at the hospital, and get insights into the activities of the medical sector."

September - December 2015, The University of Akron (Ohio, US)

"I was enrolled in TOBB ETÜ’s Biomedical Engineering department in 2011. The most important feature that makes our school stand out among the crowd is, I think, the opportunity to serve as an intern at three distinct entities during your studies. This experience allows you to understand which sector would be the best fit for you, before embarking on your career. Taking courses on different topics during the undergraduate studies helped me identify my areas of interest, as well as gave me some preliminary insights into the projects I would be working on during my internship. One of the 3 cooperative educations I had was at the University of Akron, Polymer Engineering Department, National Polymer Innovation Center in Ohio. I worked at a number of different laboratories there. I took part in two distinct projects. The first was about developing a polymer surface built using various methods, for the cells to hold on to, with a view to repairing damage on the surfaces between the bones and cartilages. The second one was about observing the changes to occur in case the polymer materials used for some transistors were homogeneously applied on the surface as a film, instead of using a method called spin-coating. The projects helped me learn about the characteristics of the materials, how to perform thermal analyses, processes required for producing a film, and the use of viscometers and rheometers. Finally, an extended stay in Ohio gave me the opportunity to visit New York and San Francisco after I completed the cooperative education. Hence, I can safely say that I had a nice experience in both scientific and cultural terms." 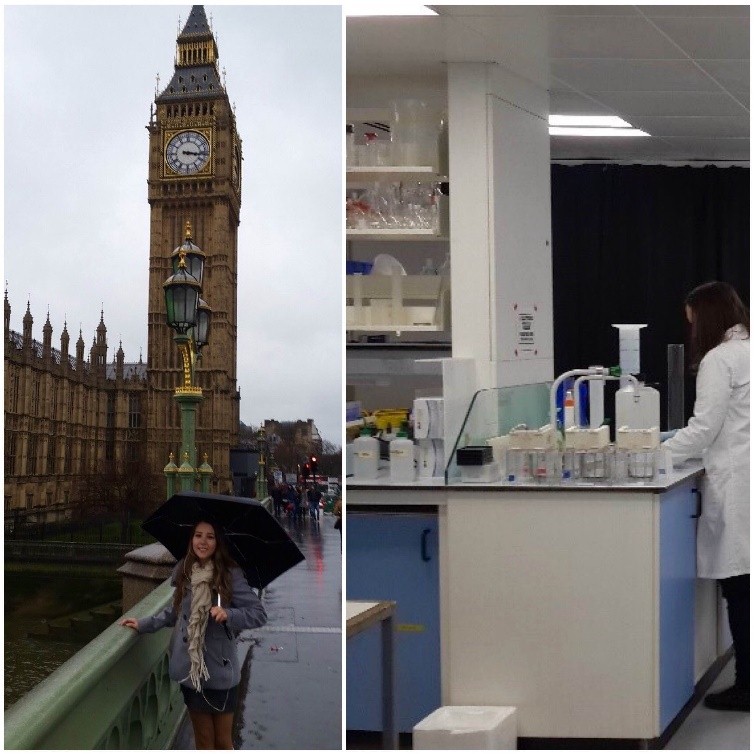 "I was enrolled in TOBB Economics and Technology University, Department of Biomedical Engineering in 2012. One of the best features of our school, the “Cooperative education” programs, gave me the opportunity to improve myself with reference to my future profession, and some insights into the sub-fields I could be focusing on. I had my first cooperative education at Medtronic in Istanbul, where I got the opportunity to work on real-life cases, interact with the patients, and put into practice what I learned during my undergraduate studies. My second internship was at the University of Leeds in the UK, where I contributed to laboratory work on coming up with some proteins through western blot process, for use in AKF (Acute Kidney Failure) as a biosensor. Thanks to my active role in the laboratory, I learned about protein studies, microbiology, and the characterization thereof, as well as about the foundations of scientific research. My cooperative education abroad, however, was not just about scientific work. It also gave me the opportunity to witness the environment I lived in, get a better grasp of a different culture, and get to know a country with a rich history better. Having a tour of larger cities such as Manchester and London also gave me the opportunity to cement some lasting friendships. At the moment, I am continuing my studies at TOBB ETÜ as a senior year student, and I can safely say that I have a solid idea about what I intend to do after graduation."